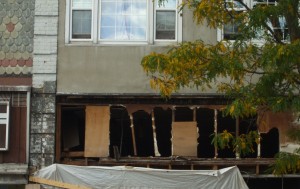 If you watched my previous video, I noted that I am part of a group that is organizing a grassroots movement to take action on homelessness and health.  One of the actions this group is looking at taking is connecting health care providers with street level workers, to provide first aid type care.  Although we have a primary health care clinic as well as a family health team in London, Ontario for homeless persons, street-level, immediate care is still a gap.

To facilitate this process, I have been connecting with an organization called London CAReS, that provides support and harm reduction services for people experiencing homelessness, with a focus on addictions.  I had the privilege of spending the afternoon today with one of the workers, and it was particularly nice to catch up with some clients I haven`t seen since moving into academia.  London CAReS is rather a unique program in that it receives core funding from the municipal government, rather than being covered by provincial health or social dollars.  I believe that this is a commendable achievement for London, to engage financially in this type of proactive service.

Interestingly, today is also a municipal election.  That means that the council which has approved funding for London CAReS could change drastically at 8pm tonight.  In particular, there is a mayoral candidate running who is talking about a 4 year property tax freeze, which would equate to a $90M loss to the city.  Such a freeze would put programs like London CAReS in jeopardy.  Interestingly, some of the workers that I connected with today seemed only vaguely interested in the election.  However, if we believe certain programs are essential, then we need political will to create, enhance, or maintain them.