Much has been made about Mitt Romney’s comments regarding the 47% of Americans he  considers the entitled, dependent, irresponsible poor.  These individuals have the audacity, in his mind, to consider the government as having a responsibility to ensure healthcare, food, and housing.  And, much of the media in the States has jumped to his defence, saying that the language was wrong but the sentiment right.

Of course I am concerned regarding the sentiments expressed, the crassness of the perspective, and the implications for people such as seniors living on a pension.  But more so I am dismayed by the deeper underlying philosophy, one I see reflected around me in small decisions like decreasing public transit hours.  To me, we are witnessing the slow dismantling of social cohesion.

Societies are built on the idea that we are all in this together.  For example, in the same way that confederation included means to distribute income equitably between provinces, our legislation contains means to distribute income between individuals.  Similarly, rather than being islands unto ourselves, we pay into our governments to pool our resources to fund our services.  This is a contract we reaffirm every day with each other by driving on a road or turning on a light switch.  Romney’s math is wrong.  Because we are, in fact, all of us reliant on our government and on each other.  We all use water, roads, healthcare, internationally traded resources, police services, currency, etc., etc.  We all access government funds through different programs and services, some simply use a little more, and some a little less.

Yet cynicism towards government, and at times our own selfishness, is leading us to surrender many points of cohesion; to erode, for example, services that allow those with poverty incomes to meet their basic needs.  Right now we’re all in this together, but we’re flirting with giving that away.  And for many experiencing poverty, they already feel that sentiment is lost: 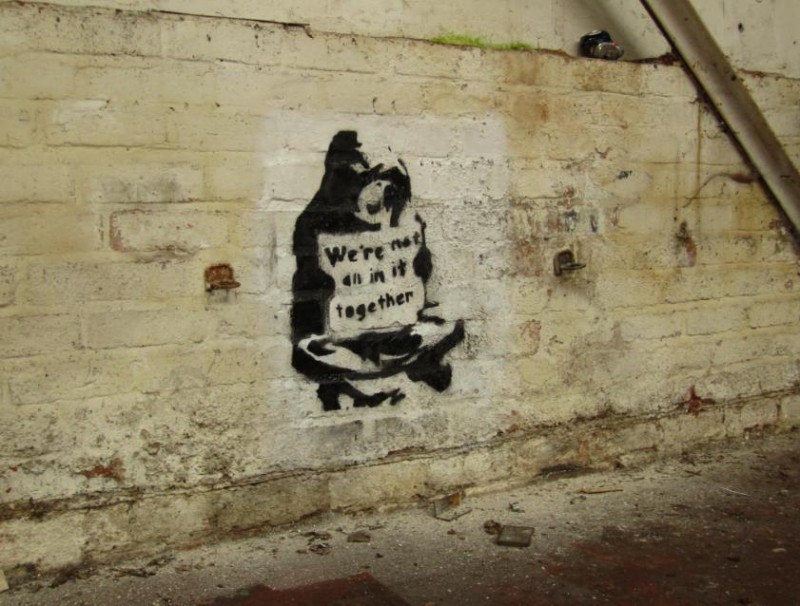