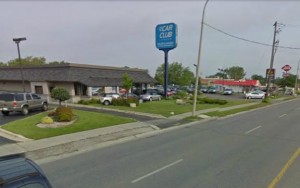 Most of you will be aware of the buzz around methadone clinics over the past two years.  For a period of around 18 months we have been in the process in London of creating a by-law to manage methadone clinics and pharmacies.  With the by-law now completed and being law, the first organization is applying to open a new clinic.  One of the components of the new by-law is a public participation meeting around site planning.  When the by-law was being developed I expressed some concern around this stipulation, as I wondered whether it might just bring out the worst in terms of NIMBYism.  Sure enough, comments on this and this article in the London Free Press confirm my concerns.

An important first place to start with the methadone discussion is a reminder that methadone is a treatment modality for addiction.  Many decry methadone stating instead that we should be treating the addiction, which shows a degree of confusion.  Methadone has been amazing as with no other substances do we have the opportunity of giving people medicine to eliminate addictive cravings, though researchers have certainly tried.  Methadone does not get an addict high (though it would someone who has never taken narcotics), so people who work in a factory or operate heavy equipment are able to work when they have taken their dose.

For community members concerns, I believe the most important comment in terms of methadone being a treatment is that it alleviates a huge amount of crime.  If someone is unemployed and supporting a $150/day addiction, they are likely involved in property crime (ie. theft), prostitution, or drug dealing to support their habit.  By giving them a medicine that blocks the cravings this is a huge boon to the community.  Imagine the 1300 or so people currently receiving methadone treatment not having that option, and still having their addiction.

It is also worth noting that narcotic addiction shows no preference based on class or neighbourhood.  The people accessing methadone maintenance treatment are our neighbours, our relatives, our co-workers, and our friends.  They want their treatment to be private and accessible.  This is quite relevant to the current discussion of the site on Whancliffe Rd (pictured above), as my fellow residents of Old South at times forget that health and social problems exist in our neighbourhood like any other.

Which all ties in nicely with the particular concern around this site, that there is already another clinic a few blocks up the street.  The first point I would make is that no one knew that other clinic was there until it was publicized, not even myself, who has worked in the sector and drives by it almost every day.  We need to recall that the initial purpose of creating the by-law as to ensure that we had a lot of small clinics, instead of a couple of large ones.  This is exactly what is being proposed.  The applicant has done their analysis and found that the market is demanding another site in the area, the current small, quiet one being insufficient.  So, a second small, quiet site nearby will meet the demand in a way the least impacts upon the community.

If you would like to have your say on the issue, I invite you to the public participation meeting on Wednesday, September 5th, 2012 from 6:30 to 9:30 p.m. at Hillside Church located at 250 Commissioners Road East (at Wortley Road).  More details are available on the OSCO website.  These meetings are all about making our democracy participatory, so are a great experience and I would encourage you to both come out and speak out.