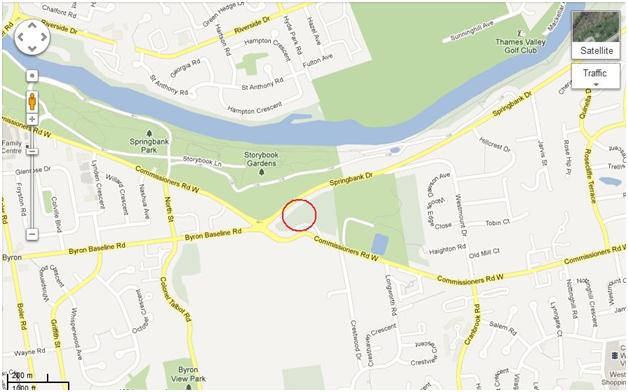 In this post I would like to explore the Reservoir Hill site as an example where a strong business case can be made for a designation change, but a strong community case can be made against it.  I don’t want to get into the details of the whole process as it has been thoroughly covered by other bloggers including Phil, Gina, and Brian.  Also, the process is now completed, and things will move on.  In a nutshell, the lot was designated open space, went for sale and was declined by the City (and declined again in 2000), was purchased by a developer in 1967, was changed to multi-family high density residential after going to the OMB in 2001 (plus appeals, etc.) and with the OMB becoming the approval authority  will now be developed. 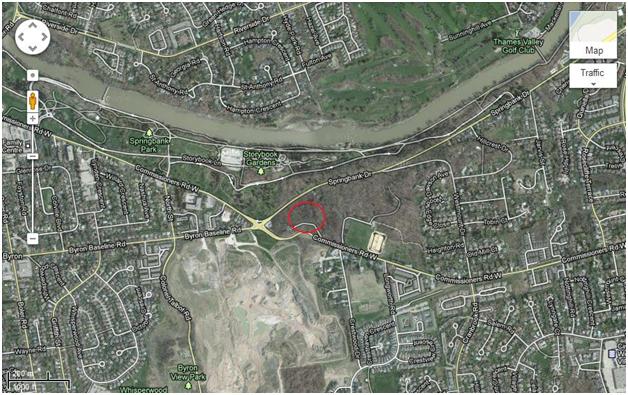 As noted in the OMB decision, this will be a lovely site for an apartment building, with adjacent parks, and much of the property remaining open space.  The business case is obvious, units will be priced at the high end of the market, and will likely reach 100% occupancy in record time.  People will want to live here.  Knowing the value of the site and the projected popularity, Ayerswood (the developer) made previous application for three towers.  There is no denying that this development will make money flow, including into city coffers through development charges and property taxes.  However, there is still strong community opposition to this project, with the primary request being that it stay designated as open space.  The City could have bought the land to achieve this end, but it is not reasonable to demand the City purchase every open space, this would not be a good use of tax dollars and is why we have land designations.

So, this is perhaps simply a classic case of NIMBYism, community members recognize the need for development, but don’t want it in their backyard.  This suggestion is particularly notable in this case as for two of the key opponents, Bill and Anna Hopkins, the development is literally adjacent to their yard.  Yet, it was notable to me that currently, and throughout the years, many of the opponents did not have such direct investment in the project.  The majority of my friends and relatives are not particularly interested in municipal political issues, so will at times note something in the news and ask me what the issue is about.  In driving two friends one day who had asked about this issue, I decided to detour and take them past the site.  They were both surprised to discover that the part of the hill in question was not park land, did not think it should be built, and unfortunately for Anna and Bill also thought their house should be demolished and turned back to park.  This response of leaving the site a forest has been unanimous amongst (an admittedly non-representative sample of) people who I talk to about the issue, and who I show the site on a map or through Google Streetview (pictured below). 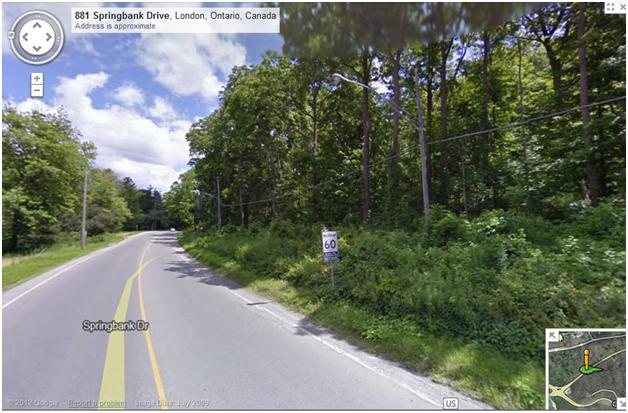 No lines on a map change the fact that this site feels like a part of Springbank Park.  With this being our City’s favorite park, I feel fairly confident that a poll of the City would reveal that people do indeed want development, but not on this particular site.  There is no shortage of other spaces where people would rather see towers built (see image below).  The business case is strong, but so is the community case.  It is the developer’s prerogative to ask for a designation change, but in many cases the designation in the Official Plan is representative of the community’s and City’s best interest and thoughtful desire for an area.  Market demand does not necessarily parallel the best interests and wishes of the City as a whole.