Warning: count(): Parameter must be an array or an object that implements Countable in /home/westernu/public_html/abeoudshoorn.com/blog/wp-content/plugins/subscribe-plugin/subscribe-widget.php on line 215
 Due Process Required | Abe Oudshoorn's Blog 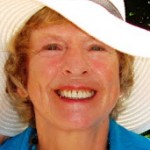 Many citizens of London rely on the hard work and dedication of local bloggers and journalists to keep apprised with the goings-on at City Hall.  People like Phil McLeod, Sean Meyer, and Gina Barber (pictured at left) put in the hours of attending committee and council meetings, and then summarize key points.  Although we may read the agendas, the minutes come out quite late, and don’t capture well the discussion.

In this post by Gina, she discusses the planning decisions around the property at Southdale and Whiteoaks roads, and how a request to change from ‘Auto Oriented Commercial Corridor’, to ‘Neighbourhood Commercial Node’ actually became a request to change to either/or.  Most notable in her post is the comment by Mayor Fontana that although this might not be due process, “the average person can’t understand what we’re talking about” so there is no need to worry.

In my mind, and to the minds of others, this is not good enough.  Therefore, we have submitted the following to Council:

This letter is in regards to item 23 of the March 26th Planning and Environment Committee meeting, the application regarding properties located at Southdale and Whiteoaks roads.

We appreciate that 20 days notice was provided in regards to the amendment to the official plan from ‘Auto Oriented Commercial Corridor’, to ‘Neighbourhood Commercial Node’.  However, what has actually been proposed by the committee for the amendment is not consistent with what was circulated.  Therefore, a vote to approve this amendment at the April 10th City Council meeting would not represent due notice to the public.

As per the requirements of the Planning Act s. 17(15), we request that proper notice be given on the revised amendment prior to a vote on the matter.

One thought on “Due Process Required”