Warning: count(): Parameter must be an array or an object that implements Countable in /home/westernu/public_html/abeoudshoorn.com/blog/wp-content/plugins/subscribe-plugin/subscribe-widget.php on line 215
 Arrested for Charity | Abe Oudshoorn's Blog 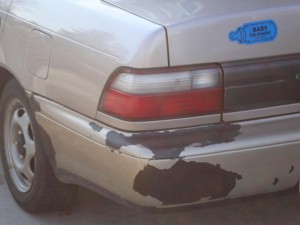 Have you heard about what is going on in Orlando right now? In response to a city by-law prohibiting food sharing in public parks, local poverty activists are hosting such events and being arrested. This is an important event being watched across North America, as more and more municipalities attempt to address poverty through making it illegal (see the sit/lie bylaw in San Francisco as another example).  This approach is referred to as NIMBYism, short for Not in My Backyard, and is reflective of the idea that people want to move poverty away from the places where they live, work, and play.

The discussion around criminalizing poverty is also quite active here in London, as discussions of methadone clinics and panhandling have both hit the local news in the last few weeks.  One of the most frustrating parts of this public dialogue for me is when it is not based on accurate information.  Most importantly, in terms of panhandling, it should be noted that we already have the ‘Safe Streets Act’ that prohibits aggressive panhandling and panhandling on the street (ie. squeegeeing and street median walking).  Many of the things I hear people suggest outlawing are already illegal.

The problem is that criminalizing behaviours related to poverty is not an effective solution.  This simply adds to the burden of poverty as people now have tickets to pay down, and moves people elsewhere.  This can be seen in large urban areas such as Vancouver where gentrification of urban cores does not privilege those who live by paying rent or live in social housing, and simply means they must move somewhere else.  The other thing that should be noted is that many of the activities seen as ‘a blight’ on our cities, such as panhandling or tenting in urban spaces, are often less harmful than the alternative (ie. theft or squatting in private buildings).

Our municipalities should indeed respond to public concerns regarding poverty.  However, a long-term response is to provide safe and affordable housing for all, address poverty and health inequities, and ensure that our cities are spaces where those of any socio-economic status can feel welcomed.

One thought on “Arrested for Charity”