Warning: count(): Parameter must be an array or an object that implements Countable in /home/westernu/public_html/abeoudshoorn.com/blog/wp-content/plugins/subscribe-plugin/subscribe-widget.php on line 215
 A Shameful Attempt | Abe Oudshoorn's Blog 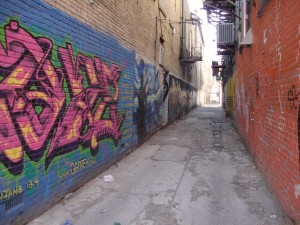 I was greatly disappointed watching the documentary called “The Streets of Plenty” that seeks to document the issues surrounding homelessness in Vancouver.  The filmaker inserts himself into the community in the Downtown Eastside with the stated goal of really knowing what homelessness is about, but it comes off as self-absorbed and uninformed.  The first ten minutes were so unpleasant as the filmaker highlighted his biases of victim-blaming, and showed the demeaning ways he attempted to make himself the same as a homeless person.

Points that I particularly objected to:

There were a few things I appreciated:

Interestingly, at the end of the documentary he interviews the Mayor of Vancouver who talks about exactly what the isssues are with homelessness, the primary being the lack of social housing with supports.  This might have been a better place to start the documentary, starting with what we already know.

One thought on “A Shameful Attempt”