Warning: count(): Parameter must be an array or an object that implements Countable in /home/westernu/public_html/abeoudshoorn.com/blog/wp-content/plugins/subscribe-plugin/subscribe-widget.php on line 215
 Meeting the Mayor – Good Things to Come? | Abe Oudshoorn's Blog 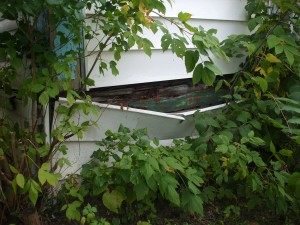 As mentioned in this post, I had the opportunity to participate with the Mayor on a panel looking at poverty in Canada.  Although I don’t agree with all of his policy directions, I have long thought of him as a potential resource in the city due to his background as the former national Minister of Housing.  So, when at the event he said he would like to hear more about my work, I took the opportunity and followed-up by arranging a meeting.

There were three things that I wanted to focus on in the meeting: the lack of rent-geared-to-income (RGI) housing mentioned in the community plan on housing, the challenges facing supportive housing, and the possibility for him to take a lead on intergovernmental work on housing in Canada.  Overall, I was very impressed with the perspective that Mayor Fontana brought to housing.  He was well aware of the idea of ‘housing first’ being an internationally recognized solution to homelessness.  He also recognized the importance of spreading social housing throughout the community rather than just creating large social housing developments.  Here is how he addressed the three issues:

Overall, it was a very good meeting, and hopefully a sign of better things to come for our community.  An 8-9 year waiting list is not acceptable, and we have a lot of ground to make up since the cancelling of the national housing program in the early 90’s.  Also, there are a group of people for whom affordable housing is not sufficient, and they become the chronically homeless.  It seems to me that this demonstrates an urgent gap in the system that the Mayor can be a part of plugging.

5 thoughts on “Meeting the Mayor – Good Things to Come?”