Warning: count(): Parameter must be an array or an object that implements Countable in /home/customer/www/abeoudshoorn.com/public_html/blog/wp-content/plugins/subscribe-plugin/subscribe-widget.php on line 215
 November | 2017 | Abe Oudshoorn's Blog 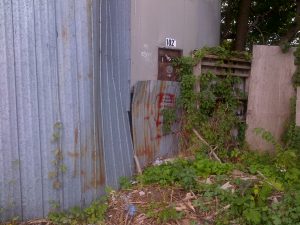 The City of London recently released two important reports which give a lot of valuable insight into homelessness in our community. These are annual reports, so include an assessment of trends over time. The first is a review of London’s emergency shelters, and the second is results of interviews with 400 people experiencing homelessness in London. I have selected 10 things that I think are important to note from these two reports.

1. Indigenous people are vastly over-represented amongst those experiencing homelessness

This comes as no surprise to those who work within the sector and have met folks at street-level, but the degree of the disproportion between general population and those experiencing homelessness is vast. Where 2016 Stats Can data has Indigenous people as 2.5% of the London poplulation, 29% of those interviewed identified as Indigenous or of Indigenous ancestry.

2. London serves as a hub for those in crisis

Those who lose housing, flee violence, require health services, or seek broader employment options from across Southwestern Ontario are drawn to London both as a service hub and as a city of broader opportunities. 22% of those interviewed identified as being new to London in the past year. I think it is a good thing that people are drawn to our community, for work, for school, or for housing support, and it also means we need to be adequately resourced as the service hub that we are.

To be honest, this one surprised me the most. With a dedicated system of identifying and wrapping housing-based supports around veterans, I had presumed that all were being moved rapidly and effectively into permanent housing with appropriate supports. An important wake-up call that even after targeted investment, this population still requires intensive support.

4. Emergency shelters are only one space in which people experiencing homelessness spend their nights

Only 56% of those interviewed identified shelter as their primary sleeping location. The Canadian Definition of Homelessness highlights that other sites include rough sleeping, couch surfing, being in hospital or jail, or other forms of precarious and temporary shelter. Many also move in and out of housing. This helps us remember the hidden nature of many experiences of homelessness, and that the scale of this experience is always higher than we can easily count.

5. Trauma/abuse and/or relationship breakdown are incredibly common pathways into homelessness

In interviews, trauma/abuse and relationship breakdown, measured separately, both vastly eclipsed substance use as identified causes of homelessness.This confronts widely held perceptions of why people become homeless. However, if you think about it, most people who experience mental health challenges or addictions do not become homeless. Therefore, these issues are only a part of the picture in terms of pathways in, and clearly not the priority issues as identified by those interviewed experiencing homelessness.

6. Housing is the solution for homelessness

(With adequate supports.) In particular, either income that meets the reality of rent, or rents that meet the reality of income, were identified by those interviewed as what they needed to exit homelessness. This is why the recently proposed reforms to social assistance, including significant increases, are so crucial to the sector. Poverty and homelessness are almost completely correlated.

7. Shelter-based data on homelessness under-represents the experiences of women

An important prelude to the shelter report notes that women staying in violence against women (VAW) shelters are not included in the data. Where the shelter report notes 24% women, those interviewed in the survey were 35% women, which is closer to what you would get if you combined VAW shelter data with emergency shelter data (although this would include overlap of individuals who stay in both). All that to say, estimates of gender breakdown in the experience of homelessness are often at risk of underestimating the proportion of women.

8. The trend of less unique individuals accessing shelter on a year-over-year basis has halted

While total numbers are still down significantly from when shelter reports started, this is the first year where the number of unique individuals entering shelter has increased versus decreasing. This solidifies the call by the Homeless Hub to ensure we are focusing enough of our energy and resources on homelessness prevention in addition to rehousing those already homeless.

9. A far greater proportion of those experiencing homelessness are youth

In 2011, 21% of those accessing shelter were under 24, in 2016 that number was up to 26%. This highlights the value of the City’s recent investment to develop a new housing first shelter for youth.

10. Occupancy rates in shelter have spiked

11. Because length of stay has increased

Occupancy rates aren’t due to a significant spike in new experiences of homelessness, but rather due to the fact that those who are in shelter are occupying a bed for a longer time. Average length of stay has increased from 34 nights in 2011 to 41 nights in 2016. There is significant need for emergency shelters to look comprehensively on what it would mean to adapt a Housing First philosophy to guide their service delivery model. This also adds urgency to new supports such as the housing allowance that will assist Housing First based programs in expanding available housing options to those who they support.

12. Older adults are staying the longest

Perhaps this reflects those who are most adapted to using shelters are a long-term solution. However, this stat also boggles the mind due to the increased access to income supports that comes in older adulthood. Essentially, if people are receiving the income to which they are entitled, there should be no barrier to affording rent. This indicates that for older adults, the barrier to housing stability is the need for housing supports.