Warning: count(): Parameter must be an array or an object that implements Countable in /home/customer/www/abeoudshoorn.com/public_html/blog/wp-content/plugins/subscribe-plugin/subscribe-widget.php on line 215
 September | 2014 | Abe Oudshoorn's Blog 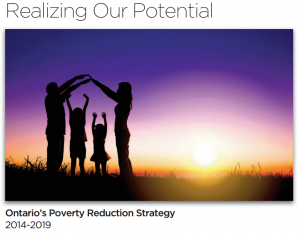 Today, the Government of Ontario released the 2014-2019 Ontario Poverty Reduction Strategy. This follows up on the 2008-2013 Strategy, which I evaluated here and here. The previous strategy was focused on child poverty, and although the target of a 25% reduction in child poverty in Ontario was not achieved, 47,000 children and their families exited poverty. This new strategy takes a broader view on poverty and begins to address adult poverty as well. Here is my assessment of the strategy: