Warning: count(): Parameter must be an array or an object that implements Countable in /home/customer/www/abeoudshoorn.com/public_html/blog/wp-content/plugins/subscribe-plugin/subscribe-widget.php on line 215
 August | 2014 | Abe Oudshoorn's Blog 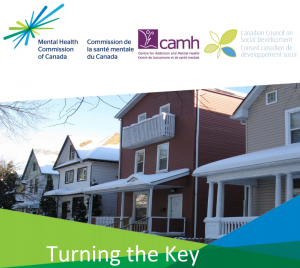 So, it comes as no surprise that both historical and recent research is demonstrating that Housing First works with this sub-population. This is also the sub-population for whom we have the most established best practices to draw upon, which is why I wanted to cover it first in this series.

The At Home/Chez Soi project represents one of the largest and most comprehensive reviews of Housing First programs, and it was focused on 2000 homeless Canadians experiencing mental health challenges. Half of the participants continued to receive the usual mental health and housing services available in their community, while the other half received a variety of targeted Housing First interventions through either Assertive Community Treatment (ACT) or Intensive Case Management (ICM).

It’s hard to argue with the effectiveness of the program based on the results. “Those who received Housing First were, after two years, stably housed 80 per cent of the time, compared to 54 per cent of those who had treatment as usual.” (1) 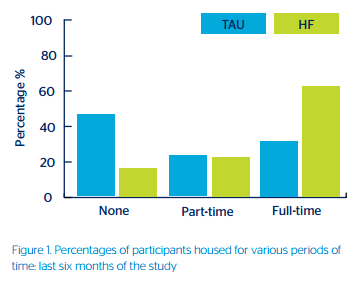 Additionally, participants showed a rapid decline in shelter use that persisted over time. This coincided with less hospital use, drop-in centre use, and fewer arrests for drug-related offences. (2)  This equated to significant cost savings for the system as a whole, in particular for the 10% of those with highest service needs: “Over the two-year period following study entry, every $10 invested in Housing First services resulted in an average savings of $21.72.” Most importantly, from a perspective of the individual, those in the intervention experienced both better community functioning and improved quality of life, and were overwhelmingly more positive about their life course.

Best Practices for Housing First for Those with Mental Health Challenges

So here is what we can learn about Housing First for this sub-population of people experiencing homelessness:

I’ll end with a final graph, that tells strongly of the importance of reconfiguring how our system responds to those with housing needs: 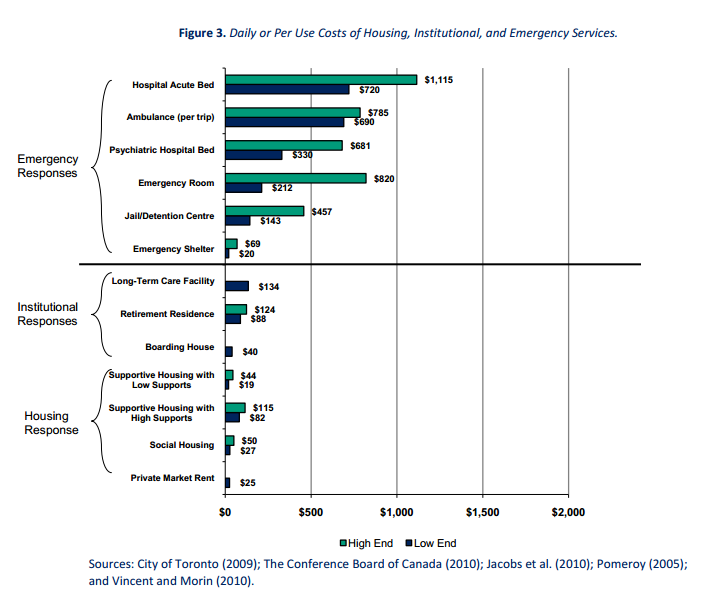 In my previous post I started to unpack some of the intricacies of housing first. What I hope this highlighted was that although housing first is an overall effective model, there is still some work to do in terms of refining what it means for sub-populations of people experiencing homelessness. So, over the next several weeks I want to start to unpack what we know and what we don’t know about Housing First for the following populations: 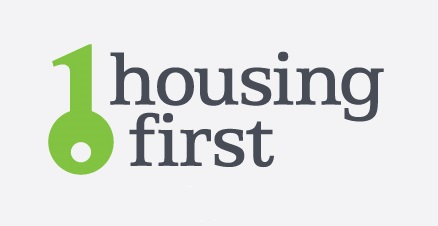 This article raises the question for those of us who work in the sector of whether providing smart phones is indeed the intervention to help end homelessness? We sought to answer this question in a study of 212 individuals currently experiencing homelessness.

Here’s an interesting graph to start, that helps frame the discussion of why I am actually not holding much hope for this is an intervention: 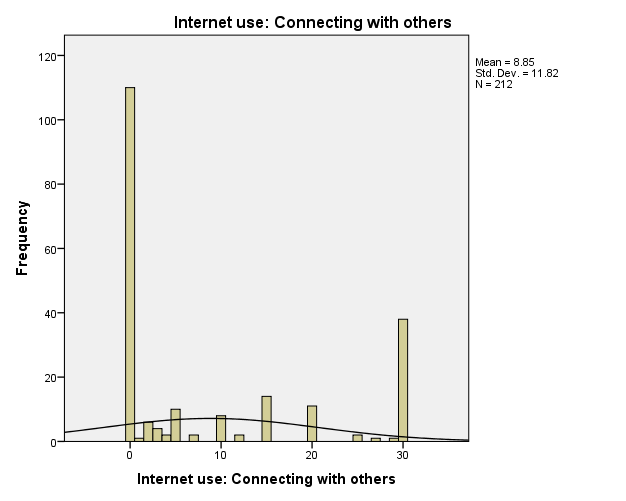 1) The first thing that we noted is that there is a drastic divide between users and non-users of the internet. The majority either use it daily or not at all, with far fewer being intermittent users.

2) The second thing we heard is that for those who want access, getting it isn’t that difficult. Whether it’s free wifi downtown, in coffee shops, or at agencies, or computer access within agencies, or the most common, computer access in public libraries, people are able to get online when they want to. The only significant barrier to this was those living in social housing with physical limitations.

3) The third thing we heard is that in terms of accessing services, there is always an in-person alternative. So social agencies aren’t setting up programs that are only available online, you can always go and see a worker for assistance.

4) The fourth thing we heard is that internet access can actually make things worse for some individuals. In particular, youth talked about negative social capital, the fact that their social networks often were a detriment to their well-being, rather than helped them do better. All that internet access provided was more frequent and thorough access to this negative social capital. Youth talked about deleting their social media accounts as part of a process of exiting the street.

5) Our overall finding was that there was no statistically significant causal relationship between accessing the internet more and doing better physically, mentally, or socially. This means that although for some individuals, like the man in the story, their cell phone is their lifeline, giving all people experiencing homelessness cell phones and data plans might not be the best use of resources for ending homelessness.