Warning: count(): Parameter must be an array or an object that implements Countable in /home/customer/www/abeoudshoorn.com/public_html/blog/wp-content/plugins/subscribe-plugin/subscribe-widget.php on line 215
 July | 2012 | Abe Oudshoorn's Blog 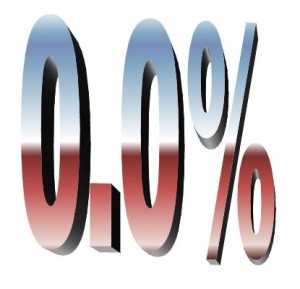 The issue of the impact of 0% for the third year first caught my eye  because I try to keep track of what is going on with municipal politics.  I had a strong sense that the citizens of London were unaware of what service cuts were being proposed, so wanted to simply start the discussion.  However, in terms of the work that I do around poverty, health, and homelessness, the most important part of this debate to me is who the service cuts will hurt the most: people experiencing poverty.

Have a look at the following items from the proposed list of cuts:

An example of the proposed library hour cuts is Sunday afternoons, which you can imagine would be a relatively quiet time.  However, if you go to the Central Library on a Sunday afternoon in the fall, and go to the second floor computer area, you will notice that the patrons are predominantly those experiencing poverty and/or homelessness.  This is because people have few other places to go on a weekend.  Secondly, on a hot summer such as this, it is clear that many families use splash pads and pools as a way to cool off if they can’t afford an apartment with air conditioning.  Other public services such as transit are also most accessed by people with limited means.

So, in the same way that in year 2 the plan was to cut money from affordable housing, putting the burden of the tax freeze on the backs of the poor, the same picture is emerging for this year.  This is most obvious in terms of considering cutting London CAReS, our rapid re-housing and housing support program, the primary means by which we intervene to move people out of homelessness in London.  There could be nothing that reflected as poorly on our City as saving a few dollars but cutting into the services that alleviate the impact of poverty on our vulnerable neighbours.

It has been argued that because property tax is semi-regressive (it increases at an equal rate on all properties, though is not equal on all properties) that we must freeze to spare those who are struggling.  However, cutting programs that serve those in poverty to save those dropping into poverty is a backwards way to deal with this issue.  We already have federal programs, and the banks have their own programs, to help families who are struggling with a mortgage and property taxes.  As well, the United Way is currently looking at the impact of unemployment and the ability of families to make ends meet.  If poverty is the issue, we may actually look to increase, rather than decrease, public services. 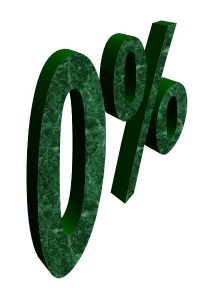 With my last post regarding year 3 of the 0% tax increase generating a lot of debate, I thought I should highlight some pertinent points regarding municipal budgets:

Smaller is not equal to more efficient

One of the most common lines I hear from those who think they disagree with me on the budget is that it’s not about more or less taxes, it’s about being more efficient.  I completely agree with the goal of finding efficiencies in government.  However, when I then seek examples of efficiency, you get those like the quote of Councillor Henderson who suggests trimming down the 80 staff within the City IT department.  It is very important to note that a smaller government is not necessarily a more efficient one.  Efficiency means maximizing the service while minimizing the cost.  So, just decreasing services is not finding efficiencies, it’s decreasing services.

By many means of measurement, London’s bureaucracy is already efficient

So, if it is about finding efficiencies, are there more to be found?  Let’s take public transit as one example.  Taken from this document, the cost per trip to deliver transit in London is $2.73.  And the average for cities our size?  $5.18.  Guess where we fall on the list?  We are the cheapest in Ontario, not just for cities our size, but for all cities over 20,000 people.  But this is only one metric, another is to look at individual departments.  The department I know the best is Housing, and it is nationally recognized for its efficiency, having traditionally leveraged 7 dollars for housing capital for every 1 dollar spent by the municipality.  This success was recognized last November when the national Minister of Human Resources and Skills Development chose London as the spotlight city for National Housing Day.  Year one of the tax freeze was all about finding efficiencies, and this was successful, they may be a couple little ones still out there, but not to the tune of $25,000,000.

And speaking of 25 million dollars, another thing I have heard is that it can’t be that hard to cut $25 million from a budget of $800 million.  However, it is important to note that 80% of our budget is for mandated/legislated services, those things the municipality must deliver.  That means that we are actually only working with about $160 million of flexibility, meaning a cut of $25 million being a 16% cut of the services we choose.

Our assets are exactly that, assets, not liabilities

So perhaps the solution is to sell off our assets: arenas, parking, the Convention Centre, golf courses.  The problem is, the vast majority of these are revenue generators for the City, and to sell now would provide an influx of capital, at a long-term cost.  Generating capital through selling assets to cushion operating budgets from a tax freeze is the worst type of budgeting imaginable.  Demonstrating the value of these assets is the suggestion in this year’s budget proposal of actually getting into more parking, not less, to boost revenues.  There are two anomalies in this list worth discussing.  The first is River Road golf course, which has been operating in the red.  The staff are currently trying to get it into the black.  If this fails, I would not be opposed to considering selling it, as London has enough golf courses to support a population of 1,050,000.  The other is the Convention Centre, whose operating budget of $5.3M is support by $600,000 annually from the City.  However, it generates $18M of economic impact, so is ultimately a good investment.  This is also an example of the dangers of selling to the private sector, because the ‘generation of economic impact’ would not be sufficient motivation to them to hang onto a money loser, where for the City it is.  More of that in a minute.

We didn’t pay for the metal trees

We didn’t, so just stop it with the metal trees.  They were purchased through private downtown businesses.

Our tax rate is average

But perhaps there is a lot of room to maneuver, because London “has the highest property tax rate”.  No it doesn’t.  That would be something worth considering, as Winnipeg did, if it was true.  However, London’s municipal tax rate, like our debt rate, is pretty much dead-centre average (page 76 of this report).

Comparing with Winnipeg is comparing apples and oranges

And speaking of Winnipeg, they had a decade of 0% tax increases, so why can’t we?  Unfortunately, comparing the London situation with the Winnipeg situation is comparing apples and oranges for a number of reasons.  Firstly, as of 2001 they had the highest per capita property tax rate in all of North America, so there was room for change.  Secondly, they knew they had new provincial transfers coming in the early 2000’s and lasting for a while (ended up being 11 years), that would cushion the majority of the required cuts.  Thirdly, the remaining shortage was made up through other forms of tax increases such as a bus levy, a property frontage levy, and utility rate increases.  Lastly, they didn’t see the same cost increases as we have in Ontario as social services were not downloaded to municipalities.  With provincial transfers flagging, they have now gotten back to inflation-level+ increases.

There’s a better way to budget

So perhaps there is a better way to budget.  Currently, the mode is to set how much we want to pay, and then see what services we can afford.  I suggest a better way would be to determine what services we want, and then make them as efficient as possible.  For example, if we think a convention centre is valuable to the City as a whole, what are we willing to pay to keep it? 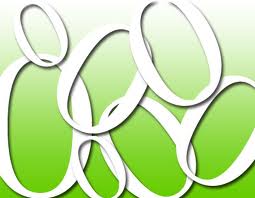 Much has already been said about the continued drive in London to four years of zero percent tax increases.  The first year was relatively painless, but the second year has been punctuated by decreases to reserve contributions, lay-offs of expert senior administrators, and taking out of new debt.  And now we look towards year three, and consider the impacts.  As has been highlighted elsewhere, a zero percent tax increase actually equates to a significant budget decrease, and this year we are looking at a $25.6M cut.

However, our municipal administration is a rather complex system, with myriad programs and financial components, it can be hard to envision what cutting 25.6 million dollars actually looks like.  Would we even notice the cuts?  Will they affect your average Londoner?  Will services be impacted?  Well, fortunately the City administration has prepared a very comprehensive list of what exactly 0% will look like for year 3.  I can only imagine those Councillors who support 0% hope that the citizens won’t see the list.  Here are just a few of the 86 listed areas of impact:

If you would like to see the full list (warning, you will be dismayed), you can see it HERE.  So, if you don’t want to see these service cuts, what do you do?  Well, one of the long-standing arguments of those driving for zero is, “No one is asking me to increase their taxes,” as stated by the Mayor and several Councillors.  Council meets to review the budget targets again on Tuesday July 24th.  I would suggest that each and every one of us needs to call our Councillor and let them know that we have reviewed the proposed budget impacts, and have decided that we are okay with a tax increase for the next budget year.  Also, email your Councillor before July 20th, and cc the Mayor and Cathy Saunders: jfontana@london.ca and csaunder@london.ca