Warning: count(): Parameter must be an array or an object that implements Countable in /home/customer/www/abeoudshoorn.com/public_html/blog/wp-content/plugins/subscribe-plugin/subscribe-widget.php on line 215
 August | 2011 | Abe Oudshoorn's Blog 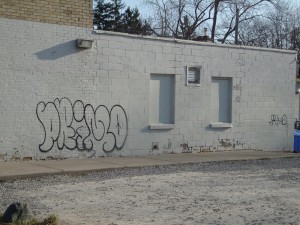 It is a perennial challenge within services who work with people experiencing homelessness: How do we ensure that the service users themselves have a say in the running of our service?  Many different models have been used, from having users on boards, to having advisory groups, to just crossing-fingers and hoping people participate.  Either way, there is a sense of ‘nothing for us, without us’ as being ideal.

The London Homeless Coalition serves as an information sharing body for homeless services in London, Ontario.  For the past number of years, there has been a striking lack of people with lived experiences of homelessness serving on the coalition.  This as not so surprising however, as experience shows us that within the ‘us/them’ dichotomy, unless we are strategic in thinking about inclusion, it will not happen.  The way we tend to do business simply fails to fit the reality of the lives of most people experiencing homelessness.  So, at recent Coalition meetings there has been discussion as to how to integrate more street-level voices.

Suggestions I had an issue with included:

So, what was my suggestion?  I believe that to build in user participation, short of going back and starting from scratch with only building user-led coalitions, we need to make the experience of coalition meetings meaningful for people.  Therefore, I suggested that we use personal relationships, to invite homeless people we know, to specific meetings, to speak to specific agenda items.  To me this is the most honest way to make their feedback relevant, by focusing on specific agenda items, and is most pragmatic in not requiring people to participate in the whole meeting if they don’t want to. 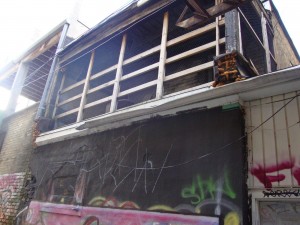 In Canada, no one is born into homelessness (well, not absolutely, but I’ll blog about that later).  The moment of homelessness, regardless of what precipitates it, is about people running out of funds to support their housing.  For most, this means being on social assistance and being unable to afford rent.  At this point people are able to apply for subsidized housing, but has I have mentioned many times, the wait list for this in London is 8-9 years.

So, on social assistance a single adult receives a $350 housing allowance, and average market rent for a bachelor in London is $580.  This means that people tap into other resources for housing.  This can include staying at a motel, couch surfing, doubling up, sleeping rough, finding a single room in what is often a slum house, or whatever else people can come up with.  For many, they are able to maintain these resources until subsidized housing kicks in, or until they get off social assistance.  However, for others, these options run out.  It is once these options have been exhausted that people become homeless. 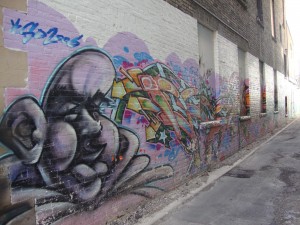 I have often blogged about perceptions of poverty, particularly around the move to criminalize homelessness.  How we perceive poverty is incredibly important, because it drives decisions made around our social support systems.  And, our social support systems are an incredibly important determinant of the overall health of our society.  Those with strong social safety nets, such as Sweden and Norway, do best on most international rankings of societal well-being.

The riots in London of the past couple of days have inevitably brought forward questions and discussions around poverty.  Although I generally avoid reading comments on news sites, for my overall well-being, the following comment caught my eye:

“I was in Tottenham on Saturday, the police had petrol bombs and bricks and concrete thrown at them all night however they were still really polite with people who weren’t involved. They were chiefly concerned with trying to protect the fire brigade who were rescuing families from flats that were on fire in the High Road.

This has nothing to do with a local gang member criminal who was shot while shooting at police, this is sadly just the typical sort of excuse adopted to try and add some shred of credibility to the actions of the unemployed lawless criminal low-lifes who, when they’re not stealing — and now apparently looting — are swindling honest hard working people out of their taxes through the benefits system.”

Swindling, according to the Webster dictionary, means to obtain money fraudulently.  The implication by the author of this comment is that all social assistance is fraud, that people could work if they chose, but are pretending they are unable to in order to take ‘our’ money.  Now, it takes very little to pick apart such a statement, but I think it is noteworthy that such an opinion exists.  And, although this commentor might represent an extreme, I believe this opinion is reflective of how many feel about social assistance in general.

In the Harris days in Ontario in the 90s, many of the voting public were happy to see vast cost-savings on social assistance by lowering rates and cutting many people off.  There was a general sense that those in need are undeserving of public funds.  However, many of those same people who were happy at the cuts are frustrated by the inevitable outcomes, such as the higher healthcare costs related to those living in poverty.  We need to be very, very careful in understanding the value of social assistance for society as a whole, but also for the individual tax-payer.  Whenever we circle the wagons and start thinking only of individual or familial financial growth, we put all of society at risk. 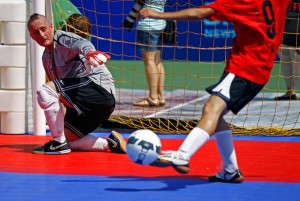 As you might imagine, The Homeless World Cup is an international soccer (or football) tournament held annually, featuring athletes with lived experiences of homelessness.  What you might be surprised to learn is that the international event represents a collaboration of over 70 nations who have soccer leagues or teams for homeless persons.  The Canadian team comes out of Victoria, BC, part of Street Soccer Canada.  As well, there is of course a companion event, the Homeless Women’s World Cup.

Now, although there is an inspiring degree of coordination, and likely a strong therapeutic component to this kind of international endeavour, it is also somewhat depressing to know that homelessness is a large enough issue around the world to allow for such events.  Our running group for homeless youth provides activity and socialization, but it also represents building more programs and services around that which we seek to eliminate.

Regardless, the 2011 Homeless World Cup in Paris starts August 21, and all events will be streamed online.  You can also follow the organizer on his blog at http://melyoung.posterous.com.

1. October 10th is World Homeless Action Day.  In partnership with the London Homeless Coalition, we will be hosting an event from 11am-2:30pm in the parking lot of Museum London.  This will be a performance art/public awareness activity, during which we will create a housing development out of cardboard.  The purpose is to raise awareness regarding the lack of affordable housing in London, and hopefully generate some press.  To make this all happen, we need you to volunteer some time!  It’s Thanksgiving Monday, I know, but we will be wrapping up mid-afternoon.  So, if you can help us out on October 10th, please save the date and let Jeremy Jeresky (jjeresky@uwo.ca) the project lead know.

2. In partnership with the Youth Action Centre of Youth Opprotunities Unlimited, we will be hosting a running group for homeless youth.  We are currently looking for financial donations in order to purchase socks for our runners; Runner’s Choice has already been kind enough to provide us with 30 pairs of shoes.  If you want to help out with the group, or can help with purchasing socks, please contact the project lead, Alexis Chadwick (alexis.chadwick@gmail.com), and let her know.