Warning: count(): Parameter must be an array or an object that implements Countable in /home/customer/www/abeoudshoorn.com/public_html/blog/wp-content/plugins/subscribe-plugin/subscribe-widget.php on line 215
 April | 2011 | Abe Oudshoorn's Blog 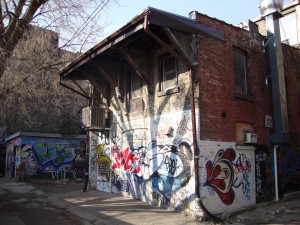 So my group, the London Homelessness Outreach Network, has volunteered to take the lead on World Homeless Action Day this year in London.  This is an international day for raising awareness that occurs every October 10th.  Last year we found out about this only about a month in advance, so didn’t have a chance to put anything together.  We vowed at that time that this year would be better.

We don’t really have any set ideas at the moment, all we know is that we want to do something that has maximum media impact, raising awareness of homelessness in our city, and perhaps 1 or 2 simple messages (such as that no one chooses to be homeless, or that the affordable housing waiting list averages 9 years in London).  It is Thanksgiving Monday, so there won’t be a lot of foot traffic, but we could also tie it in with a Thanksgiving message.

What I’m looking for are ideas.  What could we do to make maximum impact?  We have some great volunteers, but just need an idea of how to use them.  I’m open to suggestions… 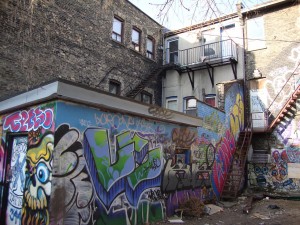 The May 2nd Federal Election is almost upon us, and I thought it might be helpful to review the platforms in terms of housing and homelessness.  Firstly, here is what has been written on this topic by The Cooperative Housing Federation, Citizens for Public Justice, and the Canadian Housing and Renewal Association.  I want to qualify this post by saying that I hope no one will be a single issue voter, but that housing and homelessness will be one of the many issues that you use to make an informed choice.  As I am situated in Ontario, I will speak to the Liberals, Conservatives, NDP, and Greens.  I will leave analysis of the Bloc platform for those with more knowledge than myself.

No real surprise here, but housing and homelessness, and poverty in general, are not issues of concern to the Conservatives.  Minister Diane Finley has clearly stated that housing is not a federal issue in the minds of the Conservatives, and there is no plan for a national policy or program.  In the 2011 platform, the only mention of poverty is an increase in guaranteed income for seniors.  The Conservative plan for affordable housing is that as current agreements are concluded, that they will not be replaced by new ones, phasing out federal level spending on housing.

Liberals – a national framework – Grade: B+

The focus of the Liberal plan on housing and homelessness is a national Affordable Housing Framework (AHF).  This framework would allow for a focus on using funds freed up from concluded agreements to stimulate new production of social housing and renovating existing developments.  Housing would continue to be a mandate of municipalities, but there would be more access to federal-level monies

The NDP introduced and moved Bill C-304 through 3 readings, a national housing policy, this past legislative term.  This has halted due to the dissolution of parliament, but they promise to revive it.  They also focus their housing platform on enhancing the CMHC, which has been decimated by the Conservatives.

Green Party – housing as a human right – Grade: A+

The Green Party would introduce a federal Minister of Housing, revive the CMHC, and include a clause in the Canadian Charter of Rights and Freedoms that adequate and affordable housing is a right for all Canadians.  In addition to enhancing federal spending on affordable housing, they would enhance the loan system to allow more not-for-profits to develop housing.  Lastly, other policies around guaranteed annual income and ecoEnergy expansion would make housing more affordable.

My apologies for not posting in a little while, but I defended my Doctoral Dissertation on April 5th.  You are welcome to read it, but be fore-warned that it is not short.  Click for pdf: