Warning: count(): Parameter must be an array or an object that implements Countable in /home/customer/www/abeoudshoorn.com/public_html/blog/wp-content/plugins/subscribe-plugin/subscribe-widget.php on line 215
 January | 2011 | Abe Oudshoorn's Blog

The agenda for our next meeting is posted under meetings.  This will be taking place on Thursday, February 3rd at 6:30pm at the Victoria Tavern, at 466 South St. 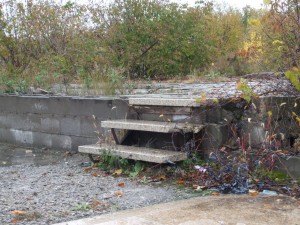 In the 5 years that I worked as a nurse with people who were experiencing homelessness, I met hundreds of individuals, but heard very few stories of recovery.  This is not because people don’t find a way forward from an experience of homelessness, but more likely because many find this by moving away.  All the time we would have individuals that we worked closely with just disappear, and we often never heard whether they were incarcerated, injured, moved away to a better situation, or simply moved on.  Because relationships can be a large part of what is negative in people’s lives, and what keeps people back, at times severing these relationships is the way forward.

That is why I was so touched when I received an email from a young lady in a nearby city.  She stated that she had been homeless and experiencing an addiction for many years in London, but was now in recovery and working in the social services elsewhere.  We met for a coffee and she shared her ideas for giving back to London, and confronting some of the barriers that she faced in trying to recover here.  It was very heartwarming to hear a story of things getting better, and hearing hope for others.  It made me think back of many of the people I knew so well and wonder how they are doing today.

On a practical, policy side, this meeting made me reflect on the importance of spreading social housing throughout a city.  If the first step out of homelessness involves keeping people in the midst of the community where they suffered, this can be a set back for many people.  Instead, moving to another neighbourhood in the same city allows people to be close to friends and family, but away from the centre of their challenges, particularly in the case of addictions. 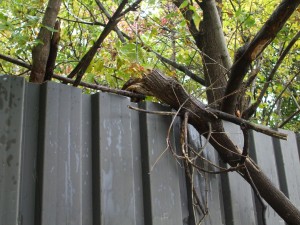 ‘Housing First’ is a model that is being taken up around the world for addressing many of the challenges of homelessness.  The basic idea is that best outcomes are found when people are provided with access to affordable and supportive/ed housing first, and other problems are addressed secondarily (such as addictions, mental health challenges, family discord, physical health challenges, employment, etc.).  This is a part of the shift that is outlined in the London Community Plan on Homelessness as a move away from ‘managing’ homelessness to prevention and rapid rehousing.

However, as Stephen Gaetz recently pointed out, this can be a challenge when affordable housing stock is low.  How can we have ‘housing first’ if there is no housing available?  A quick look at the wait list for housing in London shows that for regular individuals it is around 9 years, and for those identified is urgent around 3 years.  What Professor Gaetz concludes is that we do need to continue with housing first models, but these need to be system-wide so that enhancing social housing is a part of the strategy.  This is why it is very positive to see the City of London and the housing division as active partners on the London Homeless Coaltion.  Both prevention and rapid rehousing are the answers to the bottleneck of homelessness, and both require more concerted efforts in developing social housing. 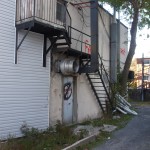 I have often mentioned that there are myriad issues that are involved when looking at homelessness.  This reflection is echoed in a recent report by the Highland Users Group, a group of mental health consumer survivors located in the UK.  In their report “Homelessness and Mental Health: An Account of some of the Main Issues we Face” they outline some of the issues as follow:

Looking at a list like this can be demoralizing, with so many issues one wonders if positive change can be achieved.  However, I also look at it positively, in that there are so many issues that there must be at least one that we can take action on right now.

Western News is the weekly paper of The University of Western Ontario.  LHON was recently profiled, see the article HERE.

The following appeared in the January 13th, 2011 edition of the Western News, the paper of The University of Western Ontario.  It captures well my work and our group:

Homelessness is a complex experience, with causes almost as plentiful as the number of people who experience it. And Abe Oudshoorn should know.

As a London InterCommunity Health Centre nurse, he treated the needs of (and created friendships with) the homeless community. Now an academic — year four co-ordinator (Collaborative Program and Lecturer) in the Arthur Labatt Family School of Nursing — Oudshoorn’s passion for wanting to make a difference with London’s homeless community hasn’t waned.

The creation of the London Homelessness Outreach Network (LHON), a grassroots organization developed out of the passion to act on homelessness in the city, began as Oudshoorn was disseminating research from his doctoral dissertation on homelessness and health.

“We are a diverse group of individuals with diverse talents, but with a common desire to take action on issues around homelessness in London,” he says. “Recognizing the complexity of the issues, we seek to work at multiple levels, including policy, public perceptions, and personal relationships.”

In his travels, Oudshoorn kept running into people interested in getting involved in some way on these issues. A small group of 10-12 people got together last spring to discuss what could be done, and wondered about what issues people face in experiencing homelessness in London.

The group grew to 20 by the summer months, and to more than 35 by fall. Everyone from doctors, nurses and occupational therapists to academics, students and social activists made up the ever-growing LHON.

“Seeing this growth, we realized that we didn’t have to find the one right thing to do, but could rather become a network to support many different actions,” Oudshoorn says. “In this way, we are conceptualizing ourselves as a community of practice, a diverse group of individuals gathered around a common concern.”

For Oudshoorn, it was a personal struggle when he left the London InterCommunity Health Centre to switch to full-time academic – which is the reason behind LHON.
“It was very difficult because I had all these relationships with the people I’ve been working with and with the agencies. I was feeling fairly disconnected and that wasn’t okay with me,” he says. “For myself, as an academic, it meets that triangle of service, research and education. A lot of what we’re doing will have research built into it, and I’m hoping for an education component to be built into it.”

Oudshoorn adds homelessness in London is hidden to most, as it is relegated to a limited area, with few people sleeping on the streets like they might in Toronto, Montreal or Vancouver.

However, it is no small concern, with London having more than 600 shelter beds, the London InterCommunity Health Centre’s Health Outreach for People Who are Homeless having more than 1,000 clients, and countless numbers of people living in precarious housing situations such as couch-surfing or group homes.

And for 90 per cent of people who experience it, homelessness is not a chronic state, but a temporary transition.

“This means that we need to continue to support agencies that work with homeless people, to make sure that as many people as possible exit homelessness as quickly as possible,” Oudshoorn says. “Perception is the lynch pin in that three level structure (policy, perception, personal involvement). If you don’t change that perception, the policies and the politics won’t change and no one is going to want to get personally involved.”

Oudshoorn has been amazed at how quickly LHON has progressed in just under a year and is excited to see change in the community.

“I believe that if we can grow public will to eliminate homelessness in our city by assisting everyone out of it, as opposed to driving it away through criminalizing poverty, political will is bound to follow,” says Oudshoorn. “This is essential, as homelessness is something we actually choose to have in our city based on our health and social policies.”

All Our Sisters is the first Canadian national conference on women and housing security, occurring in London, ON on May 9-12.  There is a fundraiser on Jan 29th that should prove to be a fun evening out:

Our next meeting will be Thursday, February 3rd at 6:30pm at the Victoria Tavern at 466 South St.

Felicity Reynolds is the CEO of Mercy Foundation, an organization in Sydney, Australia that focuses on understanding, responding to, and ending homelessness.  Felicity is one if the people that I have had the pleasure of meeting through Twitter.  She introduced me to the concept of the ‘3 Homes’, and I asked her to write more about this as a guest blog.  She can be contacted through office@mercyfoundation.com.au or followed on twitter @FlickReynolds. 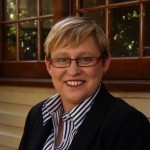 The 3 homes – a useful way of thinking about what homelessness means – for everyone, not just people who are currently homeless. Originally from Kraybill.

The First Home: This is ‘the self’. The characteristics of this home are physical, mental, emotional, social and spiritual in nature. This home needs to be nurtured, rested, nourished and emotionally supported.

The Second home: might cover any of the descriptions provided under the primary, secondary and tertiary definitions of homelessness. It is the place where we live, and it refers not only to the physical structure but to the living environment within which it is located. This home is where we sleep, where we begin and end every day, where we store our belongings, it may be where we socialise and interact with others.

The Third home: is the larger community within which our first and second homes are located. It provides context to the lives that are lived within it and how that is connected at an individual level. Here the connectivity between individuals, multiple communities, the residential, business and visitors all meet in the same place. The quality of that home is defined by the relationships of all groups within it.

I think this is a useful way to think about homelessness, as it has meaning for everyone. We all need to be attentive to each of our homes. I would also suggest that being attentive to and, perhaps, repairing the first and third homes is easier to achieve when our second home is a stable and safe one. When all we offer homeless people is temporary accommodation or a street it impacts poorly on a person’s psychological well being and their connection with community.

I think this means that it is crucial that we ensure affordable and permanent housing for people who are homeless as soon as possible. Without that, all other aspects of being comfortable in all our homes is made very difficult.