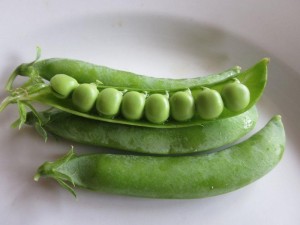 A zero percent municipal property tax increase means cutting many services that Londoners enjoy.  Zero percent means delaying costs and increasing debt.  Zero percent leads to the temptation of the very short-term thinking of selling assets.  And zero is going to hurt most those experiencing poverty in our community.  So why are eight City Councilors (known locally as the ‘Fontana 8’) driving for zero percent for a third straight year?  It is assumed by many that it is simply a voting block who all merrily work together on achieving Mayor Fontana’s campaign promise.  However, I would suggest that it is much more complex than this.

Spending any time at Council and Committee meetings will show you that the Fontana 8 is actually a rather strange coalition of diverse Councilors with diverse perspectives.  And there is no love lost between some members of the coalition, who vote together but could not socialize together for more than a few minutes.  The motivations for zero percent are almost as many as the councilors who vote together on this:

Some are motivated by a strong allegiance to the Mayor.  Whether it be mutual friends, mutual campaign financiers, mutual political parties, or mutual circles of influence, regardless of criminal charges this past year, the Mayor still holds strong social capital with some.  Some members of the coalition will vote in line with the Mayor no matter what, on all but the most benign items.

Some are motivated by the political benefits of holding the zero percent line.  Unfortunately, our voter base is largely cynical, and surveying the voting population on the question of “Do you think municipal tax dollars are well used?” would be highly unlikely to yield positive results.  Minimizing taxes plays well to a large cynical base, and was likely the motivation of the initial promise.  Those seeking longevity in politics will see the value of this position.

Some in the coalition are as cynical of tax dollar usage (or more so) than the general population and truly believe that services can be improved simply by slashing budgets.  These councilors would say that “we need to stop wasting money on golf” even when presented with the fact that our golf program actually brings in revenue, or that “we can save money now that property assessments have gone up” even after being presented with the fact that the City sees no net tax gain from Municipal Property Assessments.  I would suggest that these Councilors are the most dangerous to the ‘tax payer’ as the recklessness with which they cut and sell can actually lead to long-term cost increases.

Lastly, some in the coalition simply see no value in government, and would merrily vote it out of existence or privatize all services.

Although the coalition has held strong through some difficult votes, the individuals are still individuals, and driven by different motivations.  This means that not all are committed in the same way to zero percent.  If you would like to speak directly to Council, and tell them what you feel the role of municipal governments should be, here’s what you can do.

One thought on “So why Zero?”