Warning: count(): Parameter must be an array or an object that implements Countable in /home/customer/www/abeoudshoorn.com/public_html/blog/wp-content/plugins/subscribe-plugin/subscribe-widget.php on line 215
 You may want to double-check your math | Abe Oudshoorn's Blog 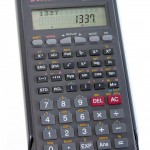 The ultimate stated goal of the 0% tax increase is to save you, the taxpayer, money.  This sounds like a fine goal, because after all, who doesn’t want to save a little money?  In fact, TransUnion has reported that average Canadian non-mortgage debt has risen to $26,768, meaning that we are all feeling a financial pinch in one way or another.  If there’s a spot where we would like to save a bit of money, it would certainly be on taxes.

So, let’s look at the math of the proposed tax savings.  The Fontana 8 are presenting themselves as the fiscally responsible choice, equating this with lower taxes.  Does it add up?  Are the 8 saving you money with their proposed cuts?  Let’s look at deferred costs, increased fees, reserves, and debt.

Reserves funds are NOT rainy day funds, they are the chequing accounts for our different City programs that we use to pay our bills.  So, when a program or division needs to spend money, having cash in the reserve fund means they don’t have to borrow to spend, saving us $1.4 million in interest payments this year alone.  This is why healthy reserves are a major part of our ‘triple A’ credit rating.  Much of the money in reserves is already accounted for in anticipated bills or contracts already signed.  Of the $191,000,000 in reserves, $113,000,000 of that is already planned to be spent.  So, this isn’t just piles of cash we are sitting on.  However, once again we see a proposed $1,000,000 reduction to the Affordable Housing Reserve Fund.

The greatest hit to the pocket book, as any family knows, is to put operating expenses (ie. food and mortgage), onto the credit card.  So, increasing debt has not only negative long-term consequences, but exponential negative long-term consequences.  No Council can claim to be fiscally responsible if they are shoulder future Londoners with more debt while ‘saving us money’.  Guess what, this is exactly what is happening.  Prior to 2010, we were in the process of paying down our debt, which costs us $60,300,000 annually in servicing costs.  In 2010, our total debt was $319.8M, but with the change to taking on more debt, we are now sitting at $347.2M in debt.  And the plans of our 0% Council?  To have us at $477.1M by 2014.  Yes, that’s right, the 0% tax increase has come hand-in-hand with and 8.6% debt increase to date, with a projected 4-year 49% debt increase.  If rates hold the same, and we reach the forecasted debt level, we will be paying $22.2M more in debt servicing in 2014 than we are in 2012.  Even if we start holding debt even as of 2015, our debt servicing costs by 2020 will be $91.3M, or about 50% more than they are now.

Does the math from this ‘fiscally responsible’ Council worry you?  Here’s what you can do.

2 thoughts on “You may want to double-check your math”