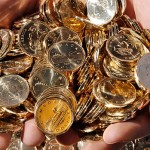 The 2013 municipal budget season is upon us.  I will be blogging regularly on the topic over the next few months, but wanted to highlight at the outset why this is important, and how you might get involved.  Whether you are a homeowner paying property taxes, or a renter paying rent, it’s your money that is used by the Corporation of the City of London.  And it’s a lot of money, almost $500,000,000 in just the tax levy supported portion of the budget.  This money is important, because it effects the things that you actually interact the most with in your everyday life: water, roads, neighbourhood design, police, fire, libraries, public transit, road plowing, and street lights.  Yes, we get far more excited about our federal politics, but it’s often the municipal items that mean the most to our lived experience.

So, if it’s your money, and if it’s a lot of it, you might want to have a say.  Fortunately, the City is working hard this year on giving you that chance.  If you want to learn about the budget and play with the numbers, you can attend the “Build a Budget Workshops”:

Far more important than that, however, is the opportunity to talk directly to City Council, and let them know what you think of particular budget items.  Council is holding a public participation meeting to give you the chance to do just that.  It’s very simple, you show up, sit in the gallery, and they will ask if anyone has a comment they would like to share.  You go to the mic, and have 5 minutes to have your say.  I strongly recommend exercising your democratic rights and giving it a try:

One thought on “It’s Your Money”