Warning: count(): Parameter must be an array or an object that implements Countable in /home/customer/www/abeoudshoorn.com/public_html/blog/wp-content/plugins/subscribe-plugin/subscribe-widget.php on line 215
 The Politics of Development (Part 6) | Abe Oudshoorn's Blog

This is the final post in the series, which you can read in full by downloading the pdf version if you like.

When it comes to planning decisions, politicians hold ultimate sway.  Although the Planning Act and the Official Plan provide some policy, and the OMB serves as a court to settle disputes, there is leeway to be had in changing zoning, and land use designations with enough votes.  From smaller issues like the number of trees on a site, to big issues like doubling the size of a tower or shifting from low density to medium, political support has direct financial implications.  These financial implications are not just for the developer, but also for the skilled labourers, trades people, and engineers, where a significant lull in work impacts directly on well paid Londoners.  There is a lot of money at stake, and there is a lot of power at City Hall.

This is why intensification rates, official plans, development charges, and incentives are very important.  They set the direction for some of the biggest flow of money within our community.  For example, as alluded to in this post, development charges are currently paid by taxpayers for residential development in the downtown core and Old East Village.  Although this initially had little effect in the 1990’s, it has been a part of the picture of the doubling of the number of people who live in the core since the City also began investing heavily in the area.  This is very healthy for our City and a direction I strongly support.  As I have learned through affordable housing, if we are going to rely on the private sector to meet our planned targets, then the right incentives need to be in place.  Another example of this would be brownfield development.  Brownfield development is a goal of any community, but it is also very often a money pit (unless you’re talking communities like Toronto with massive value per square foot).  This means that it won’t happen unless a) the City does it ourselves, or b) the incentives are there to make it profitable for the private sector.

So there is a lot of money at play, and a lot of politics involved, which frequently leads to the discussion of campaign donations.  The development industry is the largest donor to municipal political campaigns.  And this isn’t just a London phenomenon, it holds true across municipalities in Ontario.  I would not insult any Councillor to suggest that the maximum allowable contribution of $750 would sway a vote, because I don’t think it would.  But developers, like any interest group, are no fools and they donate for a reason, if only to open a relationship or create a positive environment for development.   When city staff recommend a refusal of a developer’s planning request, it still needs to be voted on by Council, and the stakes can be high.  When the Official Plan is reviewed, and the urban growth boundary is part of the discussion, the stakes are enormous.  Research by Robert MacDermid from York University has uncovered the important role that the development industry plays in campaign financing.

This obvious link between finances and politics brings out the most cynical side of many.  Particularly in cases where those in the community who choose to speak out are overwhelmingly opposed to a particular component of an application, yet the Councillor votes for the development.  Cynicism can cause the loss of objectivity, evolving into stereotyping of an entire industry.  This, I fear, leads to a lowering of the whole conversation.  Ill-will builds between community members and the businesses that develop their communities.  Instead, I would hope that relationships can be built to foster understanding.  Where understanding exists, people can respectfully disagree with each other, or can agree on some pieces of an application but disagree on others.

My ultimate goal in writing this series is to try to improve the process of developing London from all sides.  I hope that respect can be shown towards developers from community members, vice versa.  The best outcomes for our city will come from all of us working together. 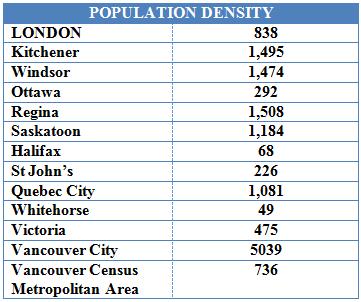 4 thoughts on “The Politics of Development (Part 6)”