Warning: count(): Parameter must be an array or an object that implements Countable in /home/customer/www/abeoudshoorn.com/public_html/blog/wp-content/plugins/subscribe-plugin/subscribe-widget.php on line 215
 A Perfect Storm | Abe Oudshoorn's Blog 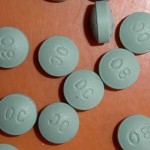 The methadone clinic issue discussed yesterday is one piece in a much larger picture of challenges that are facing us with addictions.  We currently have a perfect storm of legislation changes and system issues at the federal, provincial, LHIN, and municipal level that are going to work together to create a substance use crisis.

At the federal level, you have Bill C-10, which legislates mandatory minimum sentences.  At the provincial level, we have the introduction of Bill 101 last year that I discussed in this post.  This Bill limits the prescription of narcotics.  More recently, we had the delisting of OxyNEO (new form of Oxycontin) from the Ontario Drug Benefit, meaning that it will not be paid for unless one qualifies under the Exceptional Access Program.  And of course, there is the creation of OxyNEO itself, which will be much harder to abuse.  Within the LHIN, we have a crisis around access to residential treatment, with wait-lists for subsidized beds extending beyond six months.  And municipally, we have the still on-going moratorium on the creation of new methadone maintenance treatment clinics and pharmacies.

Put this all together, and you have a situation whereby people with narcotic addictions will be unable to obtain prescription narcotics, and have difficulty accessing treatment.  These changes will mean that other substances, such as Fentanyl and heroin, will be ‘priced’ into the market.  With heroin you have the re-introduction of organized crime as the primary source for narcotics, at the same time as Bill C-10 will mean that those committing such crimes will face much longer sentences.  This will increase significantly our costs in the justice system, while facing increased costs of substance use related property crime and prostitution (ie. policing).

So, who owns this problem?  Which level of government is going to step up and prevent this crisis?  Who will hold them accountable?

2 thoughts on “A Perfect Storm”