Warning: count(): Parameter must be an array or an object that implements Countable in /home/customer/www/abeoudshoorn.com/public_html/blog/wp-content/plugins/subscribe-plugin/subscribe-widget.php on line 215
 When Democracy is Taken From Us | Abe Oudshoorn's Blog 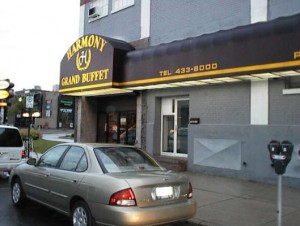 I had intended to post today about the new Methadone by-laws in London, but that will have to wait until tomorrow as something more pressing has come up.  I first saw it through twitter that there was a luncheon including a number of councillors prior to the budget meeting at which affordable housing was cut.  This has now come to full light through articles in the London Free Press and London Community News.  This is of concern as the Municipal Act prohibits private meetings of council or committees if quorum is obtained.  Although this meeting would not be quorum for full Council, it would be quorum for the Investment and Economic Prospertiy Committee, which looks at “economic issues” and “economic strategies and initiatives”.  Although Councillor Denice Brown denies it in the LCN article, Councillor Henderson states explicitly in the Free Press article that he discussed the affordable housing cut.

I am deeply concerned by this occurrence.  To me this is reflective of a council that has decided quite clearly to drive to a target regardless of the considerations of the electorate.  As councillors are our democratic representatives, these discussions are to be had in the public eye, with full public input.  This is why the Municipal Act prohibits such meetings, because decisions of council are meant to represent us, not be done in secret.  Councillor Henderson’s tone in the article mirrors that of Councillor Orser’s during the meeting, that the general public is some kind of whiny special interest group that is holding back progress.

Unfortunately, although being a veteran of politics, I would suggest that this conceptualization is being promoted by Mayor Fontana.  This was apparent in his opening remarks at the budget meeting, and even more apparent at the recent Planning Committee meeting where he dismissed concerns of neighbourhood groups around development plans that fell outside of existing zoning designations.  The Mayor’s reckless election promises of 0% tax increases for four years, as well as 10,000 new jobs, has put him in a position of having to ignore concerns of the electorate that might make these targets unreachable.  Unfortunately, he has 7 councillors happy to be the brigade in this reckless charge.

2 thoughts on “When Democracy is Taken From Us”