Warning: count(): Parameter must be an array or an object that implements Countable in /home/customer/www/abeoudshoorn.com/public_html/blog/wp-content/plugins/subscribe-plugin/subscribe-widget.php on line 215
 The Short-Sightedness of Punishing Poverty | Abe Oudshoorn's Blog 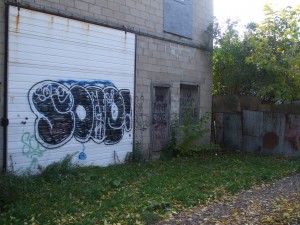 I am feeling rather infuriated by a news story shared in this post by a blog I follow called The 13th Juror.  In a nutshell, the city of Ashland, Oregon is considering what to do about the people experiencing homelessness who spend time in the downtown and have dozens or even hundreds of unpaid tickets around ‘public nuisance’ citations.  Their proposed solution?  To create an exclusion zone where people with unpaid tickets could not enter or face being arrested for criminal trespassing.  The police chief justifies this by saying that this multiple tickets are contributing to long-term homelessness as they are a barrier to employment.

So, guess what the punishment is for criminal trespassing?  Short jail time and a $2,000 fine.  Am I the only one who sees this as incredibly backward?  If we see that ticketing is an impediment to escaping homelessness, then why keep ticketing?  It’s not that people want to be ticketed.  If there were public washrooms downtown they would not urinate outdoors.  If they weren’t addicted they would not be drunk in public on a weekday afternoon.  Enhancing the punishment does absolutely nothing to rectify the situation, it is extremely short-sighted.

However, unfortunately this is too often the rationale of police services that focus on punitive measures and an ‘illegitimate public’, rather than being connected to the broader solutions of social services.  I hope such a measure would never be considered here in London, but I’m nervous about what downtown renewal may be conceptualized as.

3 thoughts on “The Short-Sightedness of Punishing Poverty”